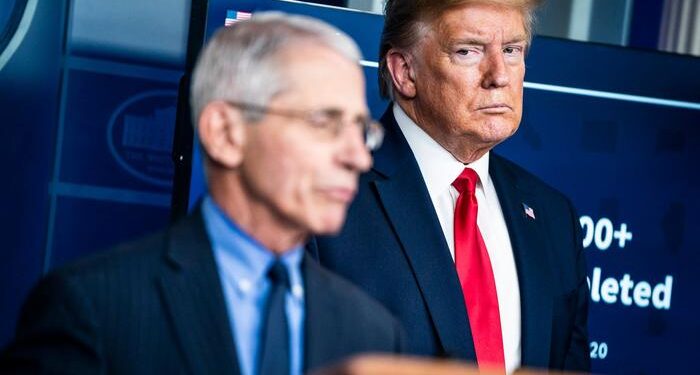 America is in the midst of one of the greatest national con jobs in generations and many Americans are only just beginning to grasp what is happening. Out in front of this charade, getting individuals to suspend all reason and common sense, is master of deception, Dr. Fauci.

The recent release of Fauci's emails illuminate a campaign of fear and unflinching cover-up. From the first few cases in China, Fauci knew more than he admitted and actively worked to hide his agency's involvement in the weaponization of COVID-19, dating all the way back to 2014. To keep Americans in fear of each other, thus preventing critical questions from being asked, Fauci lied about the proper response to COVID-19, eventually pressing for universal mask wearing against scientific evidence.

Because of his position of authority, Gretchen Whitmer and several other governors followed his "advice" and locked down businesses across their states, muzzled and quarantined the healthy, threatened to make good doctors criminals for recommending any treatment other than what was in big government’s interest. They even went as far as locking COVID-19 infected patients into nursing homes with the elderly, some of the most vulnerable among us.

Were I already in Congress, I would be joining conservative members in both houses like Dr Rand Paul, Thomas Massie, and Lauren Boebert, in demanding an investigation into Fauci's and the NIH's involvement with the development of COVID-19 and the purposeful deception of the last year and a half. I plan to throw my full weight into the effort because a serious investigation needs to be done, going all the way back to 2005. A review of the spike proteins, in order to properly determine the origins of COVID-19, is essential.

Americans deserve government officials with integrity, who are principally transparent. In the leaked Fauci emails, we see Congressman Upton calling Fauci a "science truth teller," and it shows how out of touch he is with the sixth district. It's time for a fresh conservative voice in DC to reign in the Biden/Harris circus, to stand with those calling for an investigation and the removal of master deceiver Fauci. We need to restore trust in our American system.